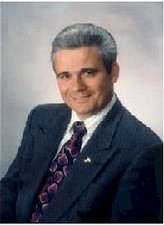 Dr. Gary Smouse is a graduate of Texas Chiropractic College, and has been in practice in the Houston community since 1975.

In 1992, Dr. Smouse finished 3 years of post-graduate work in Neurology, and after passing national boards was granted his DACAN. That same year he received his degree as Certified Chiropractic Sports Practitioner.

He is a noted author, lecturer, and TV personality who is an expert in the treatment of Scoliosis. He has trained other Doctors of Chiropractic and Medical Doctors from all over North America, and as far away as Russia, in how to best treat all of the pieces of the complex puzzle that is Scoliosis.

Since his start in 1975, Dr. Smouse has continued his education and service to both the Chiropractic profession and the Houston community. These continuing efforts have brought a great deal of personal satisfaction, and have been recognized with many advanced certifications and service awards.

Diplomate of the
American Chiropractic
Academy of Neurology